Peter Thiel, a venture capitalist, hedge fund manager, and founder of Paypal isn’t satisfied with his achievements to date.

There’s one commodity he’s always wanted but, until now, has never been able to purchase.

When asked what his current goal is at the Venture Alpha West conference, Thiel made a shocking announcement.

He wants to live forever.

“There are 100,000 people who die every day on this planet, mostly from things related to aging,” Thiel said. “It’s not going to happen to me.”

It may seem like a bold ambition, but Thiel is not alone.

Both of Google’s founders have similar aspirations.

Peter Diamandis, the founder of the X-Prize and International Space University, has recently founded a company called “Human Longevity Inc.”

This company’s sole purpose is to extend healthy human life span as long as possible. And he’s offering a $10 million prize for technology that gets us closer to that goal.

Fortunately, you don’t need to be a tech billionaire to take advantage of what these men are pioneering.

According to 35- year Silicon Valley Venture Capitalist and biotech consultant Michael Robinson, everyone will soon have the chance to live forever.

“Every cell in your body has an ‘immortality gene’,” Robinson says. “When it’s switched on, your cells don’t age. In fact, they become biologically younger.”

Robinson continued, “So that’s the good news. Here’s the bad news. When we’re born, we come with this gene ‘switched off.'”

But there may now be a way to switch that gene on.

Thanks to two Nobel Prize-winning discoveries, doctors have been able to develop a four-injection a year treatment that could allow us to activate our own immortality gene.

This treatment is currently in advanced clinical trials. It could be available for everyone in as little as 24 months. 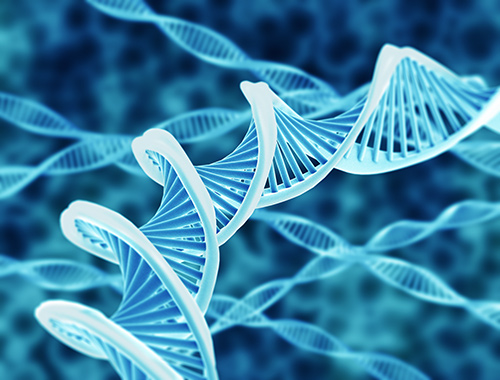 By switching on the Immortality Gene, doctors have already seen remarkable results.

In the most recent clinical trial (released January, 2015) doctors at Stanford were able to reversed the biological age of 60 year old human skin and muscle cells by 25 years. After just a “few days of treatment” they became indistinguishable from that of a 35-year-old.

Harvard doctors activated this same gene in mice. It extended their average lifespan from 2 years to almost 4 years.

Lead researcher on the project, Dr. Ronald DiPino, called this the “Ponce de Leon effect,” referring to the Spanish explorer who famously sought the fountain of youth.

Whether these treatments will lead to an extra 30 years of human lifespan, or if they are the first steps toward immortality is still a hotly debated topic among scientists.

But what is clear, no matter who you ask, is that the field of human medicine is going to be dramatically different over the next few years.

Or as University of Michigan biochemist, Dr. David Engelke puts it, “Science has just changed.”

Editor’s Note: For more on the “Immortality Gene,” including exclusive information about where these treatments will be available, click here.

Seniors: How to "Switch-on" 10 More Years

Scientists Playing God: Is Society Ready for a New "Immortal Class" of Humans?

How Billionaires Are Buying Immortality

Cure For Aging Discovered In.... Lobsters?