At this very moment, history is being made, and in a video game of all places.

The company behind this video game is not doing this with groundbreaking gameplay, storytelling, or graphics, but by showing the world just what this new thing called the “metaverse” is capable of.

Ahead of platforms like Zoom or YouTube, the video game “Roblox” is carving out a niche as a concert venue.

About a year ago, in November 2020, the musician Lil Nas X gave a concert on this platform and attracted no less than 33 million views. To put things in perspective, the world’s largest stadiums tend to only hold just over 100,000 people, and none are even as large as 200,000.

The size of Lil Nas X’s Roblox audience would still be more than 150 times bigger than even that. Now, another music act, a band called Twenty One Pilots, just held a Roblox concert of their own.

I believe this is the future of entertainment and a whole lot more. It’s an example of the unstoppable new metaverse tech trend, a trend into which Silicon Valley is investing billions, and which is destined to be worth trillions.

That’s why I’m going to show you a leader in this emerging field that just recently doubled its earnings, and that could take share price along with them…

Wall Street and Big Media were totally obsessed with the recent saga of GameStop Corp. (GME).

It’s easy to see why. Wealthy short-sellers took a run at the struggling retailer only to get their heads handed to them.

The story had all the elements of a thriller. Young upstarts using their mobile phones were taking on billionaires – and winning, at least for a time as GameStop soared an amazing 1,600%.

The CEO of Robinhood, a trading platform popular with young people, defended the firm’s actions during this episode at a Congressional hearing in what now appears to be a massive stock bubble.

Here’s the thing. The focus on GameStop’s trading frenzy obscured a very important and lucrative trend.

Today, I’m going to show you a great way to play this trend with an investment that is beating the market by 79%…

For Digitization-X this month, Alex Kagin, your host and the Director of Technology Investing Research for Money Map Press, sits down to interview with video game veteran Ron Moravek. He’s been in the video games industry since 1998 when he co-founded Relic Entertainment and has held various leadership positions in the gaming industry serving as the COO for Electronic Arts Canada (NASDAQ: EA), EVP at THQ, and SVP at Nexon.

He and Alex dive into the leading trends and prospects for the video game industry, right now and in the future.

Most investors would salivate over finding a tech sector growing at a 30% annual clip.

They’d be getting even more fired up if it was getting an even bigger boost from lockdowns and work-from-home setups.

And you could imagine the response if one of the hottest IPOs of the year was giving investors a chance to get in on the ground floor in this industry.

This isn’t just a hypothetical; it’s really happening in the video game industry.

The sector brough in $120 billion in revenue in 2019, and estimates this year are already pointing to bringing in $160 billion, over 30% more than last year.

With this significant growth in gaming, Unity has decided to file its S-1 statement and go public.

Now, Unity is no ordinary gaming company, but it is behind over 50% of all mobile, PC, and console games. As a leading platform for creating and operating interactive, real-time 3D content, this could be a great pick and shovel play if you are looking to invest in the growing gaming industry.

As a development platform, this means it gets to profit not just when Activision Blizzard Inc. (NASDAQ: ATVI) puts out a game, but it can make money from every single studio developing on its platform.

Chances are you have never heard of Unity, but if you have played Pokemon GO, FIFA, Madden NFL, Assassin’s Creed, Hearthstone, or Apex Legends, they have all used Unity to develop these games according to its public filing.

Here’s everything you need to know about the Unity IPO…

When we spoke on February 25, I noted how important it is to go behind the headlines if you want to score big gains on the wealth machine that is high tech.

Indeed, it’s so important that I have made it Rule No. 2 of my five-part system for finding market-crushing tech stocks.

That rule says to “separate the signal from the noise.” And it really comes into play with a great stock like NVIDIA Corp. (NVDA).

The fact is, for years Wall Street and the media wrote this company off as nothing more than a play on computer gaming.

But the reason the stock has racked up amazing gains approaching 20,000% is because this company is so much more dynamic than that.

Its robust, high-speed chips are finding their ways into advanced autos, AI, and more.

Today, I want to cite a couple of examples where Nvidia is pushing the performance envelope and show you why it offers 300% gains in just the next five years…

It never ceases to amaze me just how lazy Wall Street analysts can be.

Maybe they’re more like Big Media than I had earlier imagined. In other words, the Street engages in groupthink. Oh yeah, and they often give us superficial analyses.

Here’s the thing; Wall Street largely wrote off a great chip firm as nothing more than a play on gaming.

Granted, it’s true that the company led the world in graphics chips that make computer games so much more immersive. And that market is nothing to sneeze at.

Forbes estimates the global computer gaming market will be worth $196 billion three years from now.

But hiding beneath that surface was the chance to become a millionaire with a firm that has since moved into AI, self-driving cars, and virtual reality.

Today, I’m going to reveal the name of this market crushing “gaming” firm and show you why there’s still so much upside left…

There’s not a major sports league in the world today that wouldn’t love to undergo 138% growth in just four years.

We’re talking a total of 238 million viewers around the world for a “sport” that didn’t really hit its stride until 2010.

To cash in on this fast-growing trend, a group of owners from the National Football League, National Basketball Association, and Major League Baseball recently invested more than $140 million to start their own teams.

And if the players look more like computer geeks than athletes, it’s because that’s just what they are. In the new field of eSports, teams duel it out over computer games while fans watch online or at major arenas.

Here’s the thing. Though the field is new, it’s already ripe for disruption due to the immersive experience of virtual reality (VR).

Today, I’m going to reveal a VR firm that offers us a rare Convergence Economy play on the emerging lucrative mix of sports and digital tech.

As far as spicy food goes, I’ve tried nearly all of it… and loved most of it.

My daughters, when they were young – not so much.

So, when I finally got fed up with their spice avoidance, I decided to employ some Greek military tactics.

No, not a phalanx… but the Trojan Horse.

I’d add just a tiny bit of spice into their favorite foods – a couple of red pepper flakes on a slice of pizza… a sprinkle of hot sauce into a pot of macaroni of cheese – and then upped the spice levels over a few weeks until they were actually enjoying it.

They may not have been ready for ghost peppers yet – but the problem was essentially solved.

Tech companies also use this tactic…

And right now, the biggest fad of 2016 is introducing us all to an emerging technology that’s on track to become a $150 billion-a-year business by the time this decade is over.

That fad is Pokémon Go.

And that “Trojan Horse” technology is the subject of today’s report.

I’ll show you how this technology is already making a fortune for early investors.

And I’ll point you to the company that’s best poised to take this technology and run with it.

This is no fad…

Over the last month or so, I’d bet that I’ve seen three or four dozen stories about the initial public stock offering (IPO) of King Digital Entertainment , the company that markets the smash hit “Candy Crush Saga“ game for smartphones. 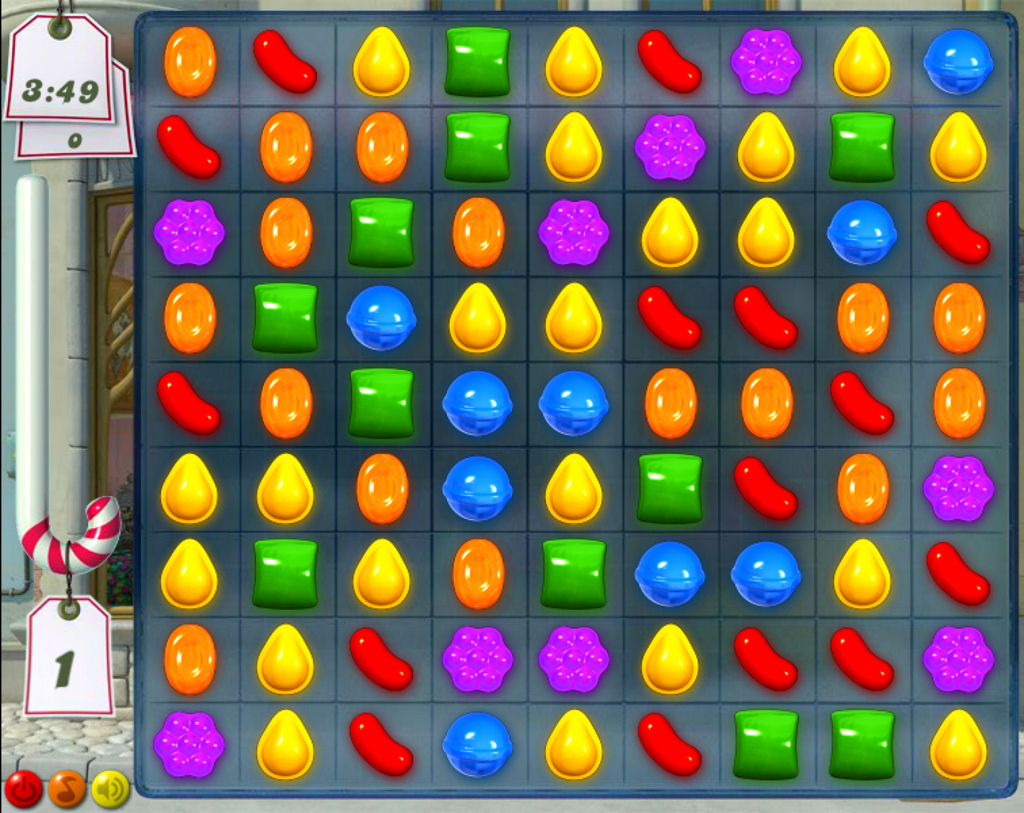 Every year, it’s one of the most-talked about products of the holiday shopping season.

During product-rollout years – that is, when new models are appearing – the sales growth is explosive … and the marketing buzz addicting.

This holiday season – thanks to two product rollouts in November – will be one of the hottest in memory for this sexy slice of the high-tech business.

With a backdrop as hot as this one, folks who identify the eventual winner stand to pull down a hefty profit.

And in today’s Strategic Tech Investor, we’re going to show you who we believe the winner is going to be.