Many investors were glad to close the books on the first quarter. It’s easy to see why.

The S&P 500 dropped 1.2% for the period. Not only that, but the markets turned choppy, posing a big challenge for average retail investors.

But if you have a savvy tech investing guide in your corner, you can do better.

This proves what we say all the time here: The road to wealth is paved by tech.

With that in mind, let’s take a look at Nova-X members’ four biggest first-quarter winners (remember, this stretch included the market’s 10%-plus correction).

Plus, I’ll show you what you need to do to start stacking up similar gains of your own…

We’re coming up on the six-month anniversary of a chat we had about how a tiny number can yield big profits.

But I went on to say if you find the right tech leader, then that aggressive company could grow earnings – and your stock profits – by a big multiple over that number.

Here’s the thing. The company announced results of a Phase 2 trial on March 22 that were disappointing but hardly fatal. The results mean AbbVie won’t seek fast-track approval for its promising antibody-drug conjugate, Rova-T, but it still expects to be able to take it to market in the near future.

Wall Street overreacted – no surprise there – and AbbVie shares lost 15% in three sessions.

You see, though it shouldn’t be, biotech is in the dog house – and investors are primed to punish stocks in the sector for just about anything.

Biotech is down for three main reasons. Wall Street is worried about…

We’re coming up on the fourth anniversary of a very important conversation we I had regarding the direction of the markets.

Back in late June 2014, I wrote to tell you not to cash out of the market just because it had hit new highs. I quite clearly said I thought we were in the midst of a generational bull market – and the last thing you’d want to do is sit on the sidelines.

Well, what was true then is even truer now. And I can prove why…

See, while the mainstream media has been blasting you with negative headlines about scandals and wars, I’ve been drilling down – looking into the details about what’s really going on.

And here’s something very important I found.

Despite a 10% drop in the markets (a correction), all the volatility we’ve seen since then, rising interest rates, scandals surrounding Facebook Inc. (Nasdaq: FB) and Amazon.com Inc. (Nasdaq: AMZN), and worries about a possible trade war China, first-quarter initial public offerings (IPOs) had their best performance since 2015.

That’s just not something you hear much about amid the general doom and gloom.

See, nothing keeps a bull market on a long-term uptrend better than fresh cash flowing in. And IPOs are Wall Street’s best lure for attracting new money from investors.

With that in mind, let’s look at why need to look at these setbacks not as roadblocks – but as great buying opportunities…

My job at Strategic Tech Report is to help you make money no matter who’s occupying the White House and Congress.

I’m not here to comment on what they’re doing except on how it affect your money.

And even though I could score some points if I did so, I’m certainly not here to endorse one party or the other.

I say all that so you don’t think I’m a knee-jerk “Trump basher.” I’m quite conservative myself – and have vocally supported the president on a number of matters (a tough thing to do sometimes in liberal Silicon Valley).

But I cannot hold my tongue any longer as President Donald Trump keeps damaging Main Street investors and their retirement holdings.

I want to show you how these attacks are part of a pattern for this administration.

In fact, they’re related to the pressure we’ve seen on pot stocks of late.

Today I’m going to show you that’s playing out.

But more importantly, I’m going to show you how to profit right in the face…

After flirting around the $7,000 mark, the cryptocurrency dropped 6% in about two hours yesterday morning – and has hovered around $6,750 since then.

Of course, plenty of crypto naysayers say it’s yet another sign of Bitcoin’s eventual demise.

However, most analysts blamed the drop on folks selling their Bitcoin in order to pay the taxes on all the crypto gains they made last year – and said to expect more of that through April 17.

Plus… here’s the thing: The smartest money in the world continues to plow money into cryptos.

According to Bloomberg, George Soros’ investment fund is preparing to dive into cryptocurrency trading. Fortune reports that Venrock – the Rockefeller family’s venture capital fund – is partnering with a cryptocurrency investment firm. And that’s following the Rothschild family’s move into the Grayscale Bitcoin Trust late last year. 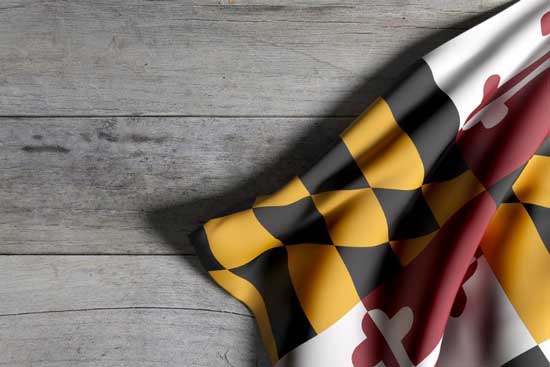 Even more encouraging is the massive system upgrade to Bitcoin that’s expected to make the crypto as day-to-day useful as cash.

That technological twist alone could drive the e-currency’s price thousands of percent higher. (And I’ll tell you more about it – and show you how you could cash in – in a minute.)

But first, I want to tell you about a paper I read last week from a politician.

Wait – don’t close this email yet…

You see, after I read it, I almost couldn’t believe my eyes.

Here’s an aspiring governor who’s not afraid to lay out his support for cryptocurrencies and blockchain technology even amid the big selloff we’ve been seeing.

In the paper, he demonstrated how he wants his state to use and/or back these technologies in a number of super-smart ways.

His stance here is yet another sign of the mainstream adoption of cryptocurrencies and blockchain.

And of the massive profits sure to head your way if you invest now, before their growth really takes off.

I’ve recently been thinking a lot about the day the stock market crashed in October 1987.

And ever since Jan. 26, we’ve seen the Dow drop 10%, regain half of that, and then drop and bounce back some again and again.

Back in 1987, I was banking and technology analyst working in San Francisco’s financial district. My boss called me from New York after the market closed on Black Monday to talk it over.

“Hey, this is great news,” I said. “They’re having a sale on Wall Street.”

And that’s how I am looking at the recent “tech wreck.”

You should be, too.

But the fact remains that big tech stocks – all the so-called FANGs – have dropped hard lately. They’re down further even than the overall market.

I made a bundle on cheap stocks back in 1987 – and I want you to do the same with these priced-to-move stocks today.

However, you can’t just head to your broker and put down some “Buy” orders.

You need a strategy – a plan of attack.

If you’re thinking of investing in Spotify Technology SA (NYSE: SPOT) at the launch of its initial public offering or soon thereafter, I have two words for you…

Yes, Spotify has roughly 75 million registered users around the world. Yes, private markets have valued Spotify as high as $26.5 billion. And yes, Spotify’s “direct listing” is an interesting experiment in stock-market “democratization.”

But here’s the thing. As I’ve told you time and again, IPO investing is extremely risky for Main Street investors – and that direct listing could make Spotify’s IPO even more dangerous than usual.

Plus, there’s a tech player out there that is relatively new to music steaming – but that is set to eat Spotify’s lunch. At the very least, this new music streamer will eat into Spotify profit margins and blunt its sales growth.

Consider that, as of February, this company’s streaming service counted 36 million users. Barely a month later, that figure had climbed to 38 million.

That’s a pace that should put would-be Spotify investors on notice. After all, Spotify launched in 2008, and the streamer I have in mind is less than three years old.

The music streaming sector is one we want to be in. Global Industry Analysts Inc. says it will have global sales of $9.7 billion by 2022. For its part, Goldman Sachs has predicted the streaming music market will increase to $28 billion per year by 2030.

That’s why I want to show you the company set to dominate this market (and many other markets, too)…

Michael and his team spent much of last week at Blockchain West. While there, he grabbed the opportunity to talk one-on-one with a Pentagon insider – Steven Dobesh, who serves as Technology & Innovation Branch Chief with the Joint Chiefs of Staff – about the U.S. Department of Defense’s blockchain plans. He told you all about that on Saturday.

Michael and his team picked up a lot more valuable info – and profit ideas – at this insiders-packed conference in San Francisco. And we’ll be bringing a lot of that to you in the coming weeks. Meanwhile, Michael sends his greetings from Blockchain West in this video, click here to watch.

Blockchain, of course, is the technology that powers just about every single cryptocurrency. And it has the potential to become a brand-new multitrillion-dollar market in the years ahead. To get in on this, there are many first steps you could take. But you don’t want to buy just any blockchain stock or crypto coin. To get Michael’s No. 1 idea right now – the one with the best chance for massive gains – click here.