How do I handle the really big gains? I mean, what should I do now that my stock has zoomed past 100%? Cash out? Hold? Load up on more? What’s the best move to make now?

I get this question every time one of my readers doubles their money on a stock I’ve recommended.

Clearly this is a great “problem” to have. And, I admit, every time I get this question, it gratifies me to know I’m doing my job: helping my readers make a bundle investing in tech.

Yet, it’s completely understandable why many investors – not used to making so much money and experiencing the thrill of victory – suddenly freeze when facing the daunting prospect of “what to do next.”

The fact is, sometimes your gains skyrocket past 100%… and then dwindle as the stock recedes.

That’s why, today, I’m going to show you one simple strategy that can ensure this never happens to you.

It’s a strategy I follow just about every time I double my money.

In fact, this single strategy accomplishes something absolutely critical for your future investing success: It removes risk… while still giving you the chance for infinite upside.

Let me show you how this incredibly powerful – yet amazingly simple – strategy works.

You can start using it for massive gains right away…

As of 2015, there were more than 15 billion devices connected in the Internet of Everything – a worldwide network of smart devices. That number could top 200 billion devices by 2020… right around the same time the global IoE market hits $1.7 trillion. 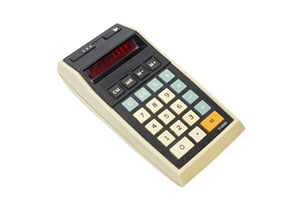 This trend will sweep up everything – from cars to televisions to toothbrushes – all connected, all communicating.

However, this explosive growth can’t happen without the critical, $165 billion industry I’m going to tell you about today.

It’s so important, in fact, that it’s on track to grow by at least 57% over the next seven years, right alongside the Internet of Everything.

The best part is, you can grab your share of this growth with one of the oldest, most stable dividend payers on the market right now…

You heard it here first, folks.

Just two weeks after Michael predicted Apple Inc.’s inevitable comeback on CNBC World, this iDevice king has charged back nearly 10%. Now, during a sit down with The Street host Gregg Greenberg, Michael’s back with even more comeback winners.

From biotech to the cloud and virtual reality, Michael shares the best oversold tech plays investors should grab before it’s too late.

One of the first things you do when seeking out investments is to look for “undervalued stocks.”

But that’s only the first part.

You then want to narrow down your list of undervalued stocks by picking out the ones with “ignition points” or catalysts behind them.

The more catalysts you see, the more likely it is that your stock will surge.

About two years ago, I wrote about a company that had three strong catalysts driving it forward. Since we’re in the “homestretch” toward the Belmont Stakes, let’s call it a “Triple Crown” of catalysts.

I predicted the combination of those ignition points would push the stock higher – and that the stock would beat the overall market by a wide margin. And the company has since performed pretty much as I predicted.

You might think that’s a pretty good run for a big-cap company like the one I’m talking about. And it is…

However, I’ve just identified a fourth catalyst and a “kicker” that make me even more upbeat about this tech industrial leader.

And that tells me it’s not too late to place your bet on this “horse” if you haven’t been riding it since my first recommendation.

If you follow biotech… the markets… the news in general – you likely heard this news earlier this week.

On Tuesday, the U.S. Patent Trial and Appeal Board agreed to review a challenge to a patent for anti-inflammatory rheumatoid arthritis treatment Humira. That’s the top product for Big Pharma leader AbbVie Inc. (NYSE: ABBV) – and was the second-best-selling drug in the United States last year.

Here’s the “headline” that ran almost everywhere I looked shortly after this news dropped: Shares of AbbVie dropped a precipitous 4.7%.

I noticed that, too.

But as someone who’s analyzed the biopharmaceutical industry and the stock market for more than 30 years, something else really stood out for me.

While AbbVie shares were sinking, more than 35 million shares changed hands. That was four times the average volume AbbVie had seen over the previous 50 days.

Today I’ll explain why all those shares trading hands – not the 4.7% drop – is “the real news” here.

And I’ll show you how you can use that knowledge – consider it another “hammer” to add to your tool box – to become a more successful investor… to become richer… over the long haul.

Or maybe Buffett’s move has more to do with Apple CEO Tim Cook’s recent statesmanlike visit to China. Is the Oracle of Omaha becoming the Soothsayer of Shanghai?

We know that Buffet isn’t a “trader.” He buys in for the long haul. So the question now is: How will this big bet affect Apple’s and China’s futures? Michael called in to CNBC World Monday night to talk about that… and more.

Despite what Wall Street’s chattering classes want you to believe, there was nothing shocking about the recent quarterly earnings report from Apple Inc. (Nasdaq: AAPL).

Everyone’s acting as though they’ve been caught off guard, but no one seriously thought that the massive boom in iPhone 6 sales was going to be a “permanent phenomenon.”

As I’ve been telling you for months, it’s times like these when you should carefully consider what these “experts” have to say… and then do the exact opposite.

The greatest stock investor of all time often follows this same tactic – and it turns out that his two handpicked heirs have been following along with us on Apple for several months now.

Today I’ll show you how Warren Buffett’s team quietly piled into Apple over the past few months – and how you can use that knowledge to play this stock for the biggest gains.

The advent of software as-a service, or SaaS, was a true inflection point of the ongoing Internet Revolution.

Offices no longer had to install programs on their desktop computers. Rather, a specialist vendor would manage the software and simply allow all employees to access that software from a remote central location: “the cloud.”

Companies no longer had to deal with software hassles. They could tighten up operations and focus on the mission, rather than managing growing IT departments.

For investors, the benefits were no less profound. Companies that offered SaaS, like Alphabet Inc. (Nasdaq: GOOGL) and Cisco Systems Inc. (Nasdaq: CSCO), became must-have shares that returned triple digits to shareholders who got in before SaaS took off.

Global SaaS software revenue will reach more than $100 billion in 2016. According to Forbes, cloud-based service has a compounded annual growth rate (CAGR) of 24% through 2018. That’s downright impressive growth given the soft nature of the global economy.

If you missed SaaS, though, don’t worry.

Because right now, we’re at another inflection point, one that applies the SaaS business model to the moribund utilities industry.

It’s going to move entire sectors forward that had once been stuck firmly in the (mid) 20th century.

That will be a massive market. According one report I just read, the segment is worth about $7 billion right now. It’s likely to double in the next four years, and then really take off after that… to $70 billion and beyond.

And because the gains are likely to be even bigger this time, I want to show you the best profit play for what’s about to happen.

Apple missed analysts’ estimates on sales and earnings and posted its first quarterly decline in revenue since 2003. Predictably – and shortsightedly, as I’ll fill you in on in an upcoming report – Wall Street hit the panic button pushing the stock down by more than 6%.

But there was a very bright spot in Apple’s first-quarter report. And in all the hundreds of Schadenfreude-filled stories that I read following the report’s release, hardly any highlighted it.

Apple may be missing on analysts’ estimates – but it’s still producing massive amounts of profit… $10.52 billion, or $1.90 a share, in the quarter.

And with those piles of cash, Apple boosted its dividend by a stunning 10%. Not all the data is in yet, but I believe this will be one of the tech sector’s biggest dividend increases this quarter.

Finding good dividend stocks is the most stable way to make money in volatile markets like the one we’re seeing now. Stocks that pay a dividend allow you to earn steady, passive income – on top of any gains the stock provides.

While I still like Apple for the long haul (and for its dividend), there’s no reason to pick and choose among tech dividend stocks.

That’s because there’s a simple way to get in on just about all of Silicon Valley’s dividend payers.

Each and every week here, we focus on the biggest moneymaking opportunities being created in Silicon Valley and throughout the tech economy.

Today – in the concluding half my two-part Q&A session with Money Map Press Executive Editor Bill Patalon – we’re going to take a whirlwind tour of the Valley.

That’s because Bill put me through a “Lightning Round.”

He offered up one Silicon Valley opportunity after another… and then I responded with my current view of that sector. I even offered up a few stock recommendations – including my favorite metals play right now.

I hope this “Lightning Round” gives you some solid insights into the most promising slices of the Silicon Valley economy.