Cancer is one of the most challenging pathologies patients and doctors can face; the disease cells are fiendishly adaptive as the body tries to fight them off, making them stronger. 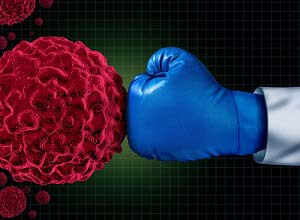 Until very recently, medicine’s best shot at fighting cancer was to bombard the patient with harsh, poisonous chemicals or radiation in the hope that the illness died before the patient.

But science is poised to turn the page on this disease, with some novel breakthroughs that are making some cancers treatable… or even curable.

Immuno-oncology – using or enhancing the patient’s own immune system to stop the growth of cancer cells – is making the fastest strides.

Wall Street concurs. According to Allied Market Research, the immuno-oncology market has been growing at a solid 7.1% annual clip since 2014 -and it’s expected to hit $110 billion by 2020.

Today, I’ll show you exactly how big I think the immuno-oncology market actually is going to be.

Plus, I’ve located a biotech company whose therapy has yet to make its full impact – but that’s already paying one of the richest dividends on the market.

And for value – it’s unbeatable…

This Kind of Investing Was Impossible a Few Years Ago

According to Forbes, the current traditional oncology treatment market is well on its way to $150 billion (a 50% jump in just the past year) in the next year or so. And RNR Research projects that immuno-oncology therapies will make up 60% of this market, or about $90 billion in the next five years.

But, even if growth rates and market share stay flat – which they certainly won’t – I think we’re looking at a $200 billion global market in the next few years. The reality is likely to be a lot bigger.

What’s more, immuno-oncology is just the jumping-off point for these therapies.

As with many drugs, pharmaceutical companies find a specific condition that they can build drug trials around – a path of least resistance. Once the drug clears U.S. Food and Drug Administration (FDA) trials and is made available to the public, the pharma firm can then expand its use to other conditions.

For example, in the case of immunotherapies, once one passes FDA muster for, say, a specific type of melanoma, the company can then apply to have the use expanded to other cancers and, eventually, other autoimmune diseases, like Crohn’s disease or rheumatoid arthritis. After the original FDA trials prove the drug to be safe and effective, it’s much easier to get the drug through other approval processes.

One company that embodies the exciting opportunities in this new world is Adaptimmune Therapeutics PLC (Nasdaq ADR: ADAP). This U.K.-based firm is behind one of the growing number of biopharmaceuticals – compounds that are built or synthesized from biologic or synthetic-biologic sources.

A few years back, U.S. courts determined that pharmaceutical companies could not patent naturally occurring biological properties (also known as biologics). Before that decision, Big Pharma was patenting and building portfolios of biologics, from neem trees to T cells.

But the ruling meant that small firms now had access to all biologics, which opened the floodgate to new research in a variety of fields, but especially immunotherapies.

Another massive development was the ever increasing amounts of computing power biotech researchers have access to. With it, they can develop modeling and analysis significantly faster than they ever could before.

Now, in the lab, genetic sequencing for custom immuno-oncology treatment takes a mere six weeks. That’s a customized cancer treatment for each patient… in a month and half.

So it’s in this favorable environment that Adaptimmune does its pioneering work with T-cell receptors. T cells are the body’s immune infantry – its first line of defense against foreign invaders.

You see, the main challenge with many cancers is that T cells don’t recognize them as cancer, or the T cells can’t attach to kill or interrupt the invading cancer cells.

There are now two competing (and complementary) therapies that are showing impressive results in animal and human testing. One is transgenesis, and the other is CAR-T. The former focuses on inserting an exogenous gene into a cancer cell and changing the cancer cell’s nature making it reproduce the new activity. The latter is using chimeric antigen receptors to allow T cells to bind to cancer-cell receptors and access their DNA to disrupt their growth.

Both therapies mean significantly less need for radiation or chemotherapy. And that in turn means patients with healthier immune systems to supply T cells.

To be sure, Adaptimmune is one of the top players in transgenesis – but there’s a better way to play this…

Our Best Investment in This Space

Adaptimmune’s immunotherapy is impressive, but the company is a one-trick pony at this point. It will live or die depending on how well it keeps up with Big Pharma and many other smaller biotech companies in the immuno-oncology field.

What’s more, smaller biotechs like Adaptimmune don’t have the network or resources to sell and manufacture their therapies globally.

That’s why the best way to invest in immune-oncology is through a big-cap pharma company. They’re more diversified, and once the smaller firms have built successful therapies, these big-caps will collaborate with them – or step in and buy them.

GlaxoSmithKline will help Adaptimmune with its synovial sarcoma trials and will bring its R&D resources to bear in a collaboration on at least eight other studies of Adaptimmune’s transgenesis technology.

It takes Big Pharma resources to be able to pull off those sorts of moves.

GlaxoSmithKline is one of the best pharma bargains out there right now. It’s half the price of the S&P 500, and it delivers an astronomical 5.9% dividend.

And compared to competitors like Pfizer Inc. (NYSE: PFE) and Merck, GSK is extremely undervalued. Pfizer has a price-earnings ratio of 26 right now; Merck’s is 33.

GlaxoSmithKline is a great “Buy” now on its own, for its current drug library that includes Advair, Flonase, Levitra, Valtrex, Wellbutrin, Zantac and a host of others, to say nothing of its diverse and lucrative consumer healthcare product lines.

But GlaxoSmithKline is an even better “Buy” because of its part in the revolution in immunotherapy; buy up to $48 for the long term.