Ed Butowsky is going to owe me a steak dinner.

Butowsky is the managing partner at Chapwood Investments. He’s a good guy. And we often cross paths during our appearances on cable finance programs.

During our most recent get-together, we got into a spirited debate about one of my favorite tech stocks: Apple Inc. (NasdaqGS: AAPL).

Butowsky likes Apple, too. But he argues that intense competition will keep the share price from hitting my target anytime soon.

So the wealth manager and I decided to settle this good-natured disagreement the only way possible: with a steak-dinner bet.

When my deadline rolls around, I’m betting I’ll be dining on my favorite meal. (Note to Ed: I like my filet mignon cooked medium rare.)

But you’ll be an even bigger winner.

Apple’s shares dipped a bit this week because of the Labor Day weekend news about the leaked celebrity photos.

However, if you’ve seen the product-unveiling event the company is putting together at the Flint Center for Performing Arts in Cupertino, Calif. – where the late Steve Jobs unveiled the original Macintosh in 1984 – you understand why I still believe this stock is good for a 40% pop in the next two years.

All of which means that between now and Tuesday – when the event is scheduled – you have what I believe will be your last, best chance to grab Apple’s shares at a bargain price. 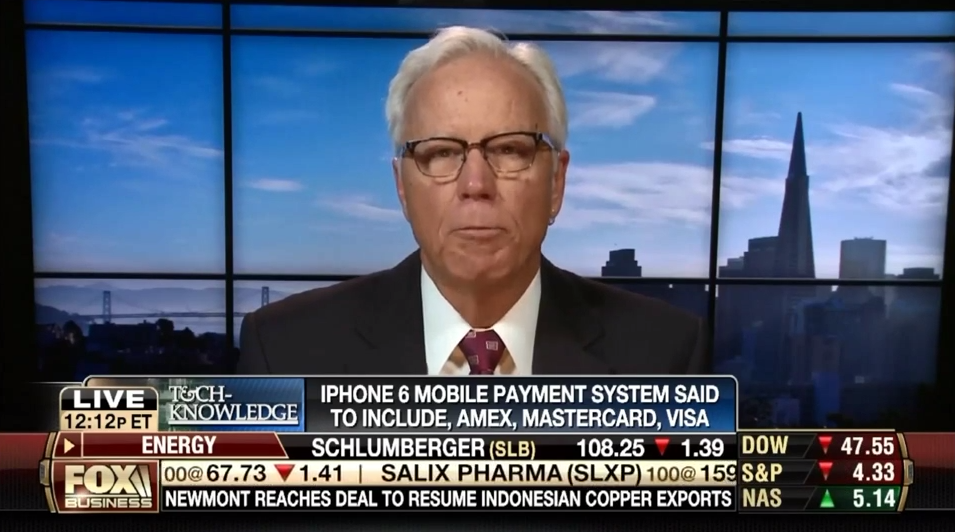 That’s what Michael said in an appearance Tuesday on Fox Business. During an appearance on Varney & Co., he talked about what the tech giant is planning to announce at its should-be-big Sept. 9 event.

In addition to the iPhone 6, Michael said Apple is expected to unveil several other products that will further enhance the company’s already impressive ecosystem. And they will play a major role in boosting the company’s stock to a pre-split price of $1,000 per share, or $142.85.

To find out what Michael expects to see from Apple next Tuesday and why he thinks it will drive its stock much higher, watch the video.

It will certainly go down as one of the strongest business alliances in the history of technology.

And one of the most profitable as well…

At their peak, these two companies dominated the personal-computing market, accounting for roughly 95% of sales.

As a result of their unique fit, both companies made thousands of shareholders rich.

No doubt, in recent years both these firms failed to keep up with rapid changes in the global tech landscape. And their shareholders paid the price as both stocks lagged both the tech sector and the overall market.

It’s been more than a decade since these firms’ heyday, but now both stocks have beaten the odds – and are back at trouncing the Standard & Poor’s 500.

Today I’m going to take you “back to the future.”