Larry Ellison does nothing quietly.

This is a guy who instead of retiring to a Hawaiian island bought one.

And when the longtime Oracle Corp. (NasdaqGS: ORCL) CEO stepped down Sept. 18, it took not one but two new chief executives to replace him.

The media treated it as if a pope were retiring – or maybe Derek Jeter.

But really, besides the double-headed CEO thing, this was hardly news.

With more than half a dozen disruptive tech trends hitting Silicon Valley all at once, a quiet revolution is sweeping the top ranks of tech’s biggest and most powerful companies.

And today I’m going to show you how to invest in the 11 members (remember: Oracle takes up two slots) of this New Guard all at once for a price well below what many of these stocks cost.

This one investment has already thrashed the overall market by 46.5% so far this year.

Michael appeared on Fox Business on Tuesday to talk about Alibaba Group Holding Ltd. stock, which debuted on the New York Stock Exchange on Sept.19.

Each and every week I bring to you tech winners with great fundamentals.

However, perusing balance sheets and income statements isn’t the only way to find great stocks.

In technical analysis, we study a stock’s chart to figure out if it’s about to soar, ready to plummet or just treading water. And in my 30 years knocking around Silicon Valley, I’ve found that the stocks with the best charts tend to be small caps.

But not all stocks with eye-popping charts are risky small caps.

In fact, my charts have revealed two big-cap tech stocks with small-cap charts

And today, I’m not only going to share these profit generators with you – I’m also going to give you a little DIY power by showing you how to decipher stock charts yourself…

Alzheimer’s will end up affecting one out of eight people reading this.

More than 5.3 million Americans suffer from the debilitating brain disease right now. And with the aging of the nation’s baby boomers, the number of Alzheimer’s cases is set to quadruple.

So far, researchers have found no pharmaceuticals that substantially cure, treat or even slow the disease down.

The treatment that the AstraZeneca PLC (NYSE: AZN)-Eli Lilly and Co. (NYSE: LLY) team is working on gives us hope. But it may be a decade away from becoming reality.

But another biotech company is supercharging a race for the cure – and its drug is in late-stage Phase 3 trials.

In other words, there is a way to both fight Alzheimer’s and supercharge your portfolio – today…

In the past couple of weeks, we’ve been seeing record highs in the markets nearly every day.

However, we saw a pretty scary headline earlier this week about the Nasdaq Composite Index.

On Monday, Bloomberg reported that nearly half of the stocks in the tech-centric Nasdaq have declined 20% from their highs of the past 12 months – putting them in “bear territory.”

Now this decline is mostly in small caps, which I don’t cover in Strategic Tech Investor. However, Nasdaq small caps are not the only place we’re seeing jitters in the overall market.

Even with interest rates so low and the economy steadily improving, many nervous investors – worried about a correction – are selling off.

Whenever there’s this sort of negative noise in the air, I tell you it’s not a time to sell – but a profit opportunity for tech investors.

So, today I want to share with you three strategies designed to turn market declines to your financial advantage.

With them, you’ll leave the nervous sellers in the dust… 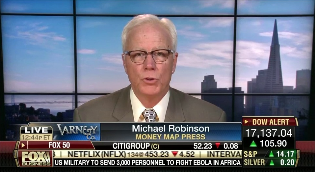 Choosing the best stock to buy to play the commercial space race has enormous upside potential for investors.

That’s because the private space industry is worth billions. Just check out Tuesday’s news that NASA awarded Boeing Co. (NYSE: BA) and SpaceX – which is backed by Tesla (Nasdaq: TSLA) CEO Elon Musk – a whopping $6.8 billion contract for its Commercial Crew program.

In the 1989 classic flick Field of Dreams, Ray (played by Kevin Costner) hears a whisper from his cornfield. “If you build it, he will come,” the voice says.

After Ray builds his baseball field, he does indeed come – along with a baseball team and whole bunch of other folks.

It’s one of the best Hollywood stories ever, but it doesn’t always work that way in business.

With so much money at stake, it’s no wonder Google and Apple are about to engage in a huge global battle over which company’s e-wallet platform consumers will choose to make purchases with their smartphones and tablets.

We could wait on the sidelines to see which e-wallet consumers “come” to.

But that’s not our style.

Instead, I have identified a “secret” play whose business will be supercharged no matter who wins the mobile-payments war.

Let me show you why…

If you had bought Biogen Idec Inc. (NasdaqGS: BIIB) during the depths of this spring’s biotech selloff, you could have been sitting on peak gains of 28.3%.

If you’d picked up Celgene Corp. (NasdaqGS: CELG) at the time, you’d be doing even better, with peak gains of 40.9%.

And if you had been really brave, you could have picked up shares of the company that – through a series of Washington political shenanigans – was the “cause” of the selloff. And you’d be doing very well, indeed.

But some investors don’t want to risk it all during a selloff by picking and choosing among stocks getting slammed – but they still do want to take advantage of the growth hot biotech stocks offer.

So today I want to tell you about a conservative approach to investing.

However, though this investment is conservative, it still offers big money through biotech.

In fact, it’s yielded annualized gains of more than 60% so far this year – and there’s plenty of upside left to come… 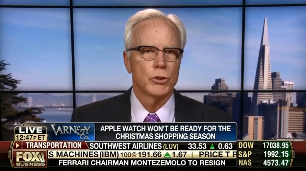 Michael had it just about exactly right when it came to Tuesday’s impressive slate of announcements from Apple Inc. (Nasdaq: AAPL).

He predicted the Apple Watch, Apple Pay and multiple new iPhones. And that’s exactly what we got. (He did not forecast a new U2 album – no one’s perfect.)

Click here to read more and watch the video.

Tesla Motors Inc. stock hit a new high on Aug. 29 thanks to very positive news out of China.

So far this year, Tesla shares are up more than 80%. And its Chinese expansion should propel the stock even further – in fact, I think China will become Tesla’s biggest market within the next year.

But that performance, as impressive as it is, pales in comparison to the performance of a Chinese auto e-commerce company I told you about Feb. 4.

Since then, your shares have gone on a tear, rising some 220%.

This exciting stock isn’t done yet, however, and I think you’re going to make another 50% over the next couple of years Let’s see how that’s going to happen…