It generated a lot of emotion, elicited some personal experiences from you folks and even a few suggestions that we recommend “shorting” the stock.

But it wasn’t just our subscribers who responded to that analysis.

We also received a very strong response from GM itself.

I can still remember driving around as a kid in my dad’s Chevrolet sedan, one with tail fins. Later, we had a Pontiac Ventura, and my mom drove a Chevrolet Malibu.

My first car in high school was a 1966 Pontiac Le Mans that I rebuilt myself. And my brother drove a Pontiac Firebird – all General Motors Co. (NYSE: GM) cars.

Besides the cars in my family’s driveway, I broke into the financial industry as a young analyst in Detroit covering GM. As such, I talked frequently with the CEO, the heads of all the major divisions, and top auto dealers and union reps.

I visited auto plants around the country and saw how GM was leading the robotics revolution that greatly improved the quality of American-made cars. I also traveled to Germany to drive the GM’s European models and talk with top execs there.

In other words, I cannot overstate what a big role General Motors has played in my life.

So, it saddens me when I see the headlines about recalls over the past few years – this year alone, about 29 million worldwide.

Last year, GM sold 2.8 million cars and truck. So, these recalls are the equivalent of a decade’s worth of production.

Many on Wall Street and in the mainstream financial media are saying this is a “buy” opportunity.

For instance, Daniel Howes, a business columnist at The Detroit News, says the recalls are giving GM millions of opportunities lure customers back into showrooms and show off shiny new vehicles. “You can’t buy that kind of traffic,” Howes writes.

And The New York Times recently spun slightly increased sales as a huge victory for the company.

I just can’t join along with Wall Street’s talk of a turnaround.

You should not look on GM’s recall problems as a new buying opportunity. In fact, you should avoid this stock.

And today, I’m going to tell you exactly why adding GM to your portfolio right now would be a bad decision. 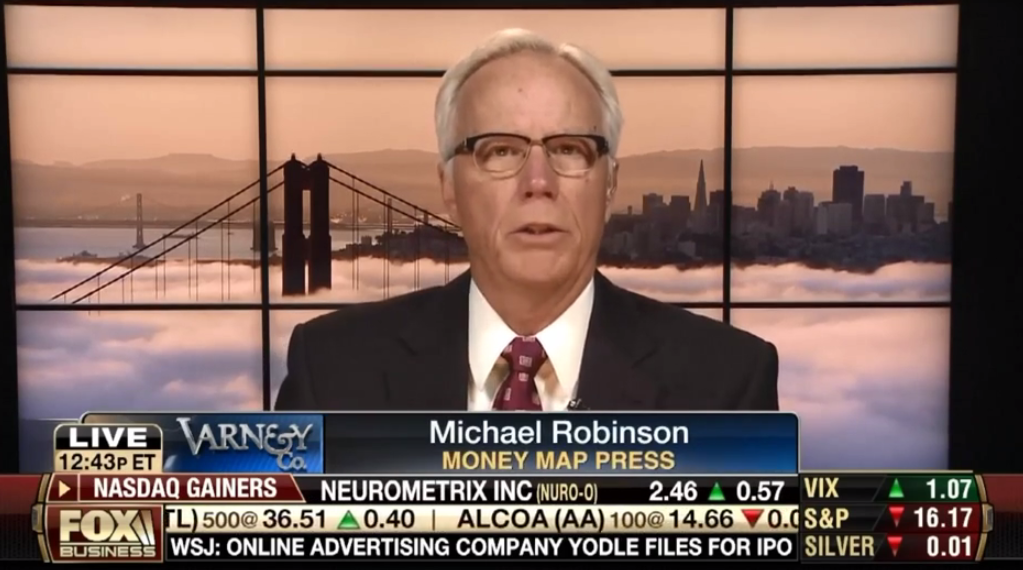 The stock market today (Tuesday) sputtered and was highlighted by a 150-point drop this morning by the Dow Jones Industrial Average. The Dow today traded as low as 16,874.79 after spending much of the previous two trading days above the 17,000 mark.

Michael had been predicting that the Dow would break 17,000 and then experience a pullback. That’s exactly what traders are seeing.

He appeared on Fox Business‘ Varney & Co. this afternoon and told investors the most important factors to watch and what they can expect from the stock market now.

Instead of a suit and tie or my Silicon Valley uniform of button-down shirt and zippered v-neck sweater, today I’m donning black and white stripes. That’s because I’m refereeing a boxing match between two of the biggest tech legends around.

I’m calling it the Clash of the Tech Titans.

A big slug of profits for your investment portfolio…
Both of these fighters are big – we’re talking market caps in the tens of billions – but these longtime blue chips are more black and blue right now … and are working through major corporate turnarounds. They’re both trying to raise revenue and income in order to send their stock prices higher.

These firms are storied veterans with long histories of major breakthroughs throughout the tech landscape. But both are a bit punch-drunk, having been caught flat-footed in a changing tech landscape.

A one-two punch of the Internet and mobile left these heavyweights looking dazed and confused.

Adding interest to this East Coast vs. West Coast bout: Both these firms installed new CEOs less than three years ago. That means these aging veterans have fresh-faced genius coaches in their corners.

Not a bad combination.

While both of these pugilists have long careers left in them – neither is ready to throw in the towel – I think one of them has a chance to move pretty quickly up the ranks.

That’s why I’ve set up this barnburner.

Before we ring the bell, though, let’s take a closer look at our fighters.

Neither of these heavyweights is a bad investment – like I said, both are solid companies, in it for the long haul.

But one of these pugs just might be a stud – more of an inside fighter – that you should add to your portfolio now.

Today, if you agree with my decision and make that investment, you’ll soon be watching your wealth grow fast… 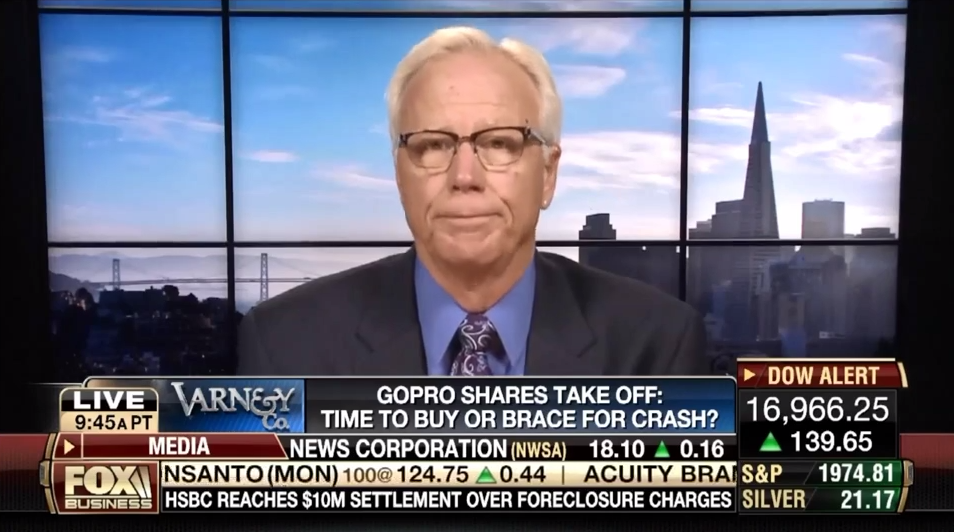 That has retail investors wondering how they should play the fast-moving tech stock as it posts huge gains every day.

Michael joined Fox Business‘ Varney & Co. today and discussed how he would play GPRO stock now and what investors should expect moving forward…

While They're Afraid of the Coronavirus, You Can Buy Great Tech Stocks for Cheap