Over the last month or so, I’d bet that I’ve seen three or four dozen stories about the initial public stock offering (IPO) of King Digital Entertainment, the company that markets the smash hit “Candy Crush Saga“ game for smartphones. 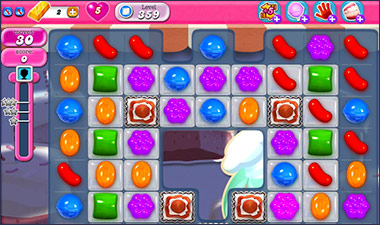 As a tech-sector insider, I’ve watched, played and profited from IPO deals for years. So I understand the allure. I mean, who wouldn’t want to pull down a year’s worth of profits from the one stock-offering deal that everyone has been talking about – to be able to smile and see the envy on co-worker’s faces when you tell them: “Yeah, I had a piece of that.”

And right now, the allure is as strong as it’s been in years.

In that regard, 2013 ranks as a milestone in the five-year rally from the when the market hit bottom in early 2009.

Market research firm Dealogic says there were roughly 230 U.S.-listed IPOs issued last year – a 58% increase from the 145 deals of 2012 and a high-water mark that came five years after the bear-market bottom of 2009.

As good as all that sounds, the best is yet to come. A recent report by consultant Ernst & Young says 2014 is shaping up to become a “record year” for worldwide new issues.

“The strong recent uptick in listings indicates a recovery in investor confidence and better market fundamentals,” the report says. “The overall trend is an improving one, and activity should trend noticeably higher in 2014.”

Little wonder folks are drooling about the King Digital deal, which could value the company at $7.6 billion.

But there’s just one problem…

Most retail investors won’t profit from this deal … because they’ll never get a piece of it.

It’s a hard reality to accept: If you’re not an “insider” – like the venture capitalists, investment bankers or early employees who have a connection with King Digital, and were granted shares in return – you’ll be watching from afar when this IPO makes its debut.

And even if you had a shot at some of the small allotment that makes its way to brokers, keeping track of when a new issue is to hit the market is really tough for an individual investor to do.

It’s not unusual for both the timing and offering price to change several times in the weeks before the IPO begins trading.

Given all these factors, most retail players end up buying the stock after it starts trading – at the inflated post-offering price. That means you can easily lose money – even a lot of money – if you snag the shares at their peak, and then watch them close down from that apogee for the session.

That often occurs, and I think the odds are good that’s what will happen with the “Candy Crush” IPO.

But don’t worry: There’s a better way to play …

A year ago, when I saw that the IPO market was accelerating, I set out to find a way for retail investors like you to cash in – without getting burned.

And I quickly found what I was looking for.

My “solution” – the First Trust IPOX-100 Index Fund (NYSE: FPX) – is an exchange-traded fund (ETF) that focuses on IPOs. And though it doesn’t specialize just in tech stocks, it does attempt to reflect the broad market for new issues.

I like to think of this play as a “twofer:” You get some hot new tech offerings and broad diversification with a fund that owns a total of 100 stocks. FPX also holds positions in finance, auto, retail, heavy industry, energy and even metals.

Because this is a “rules-based” ETF, the managers don’t let themselves get caught up in all the hype that can surround some IPOs. For instance, the fund only invests in a stock after doing a thorough review of the company’s financials and never buys on opening day. And it sells each stock after holding it for 1,000 days.

By definition, the ETF doesn’t invest heavily in the sexiest small and micro-cap firms. Instead, it is weighted toward mid-caps that have an average market valuation of roughly $3.3 billion.

With this approach, the fund puts money into firms still small enough to offer a hefty upside – but still large enough to avoid the high volatility of more thinly traded stocks.

Consider that two of its largest holdings have greatly outperformed the broader market over the past year. Facebook Inc. (NasdaqGS: FB) is FPX’s top holding, comprising nearly 12% of the fund. After a disastrous 2012 IPO, the stock is up 150% since March 2013.

Over the same 12-month stretch, electric-carmaker Tesla Motors Inc. (NasdaqGS: TSLA) returned an astounding 525%. Tesla shares account for about 3% of FPX, meaning the stock ranks as one of the ETF’s Top 10 holdings.

One of the things I really like about this fund is how it balances its big caps against smaller firms in a way that gives its investors access to some really good companies in high-tech and the biosciences. Holdings include:

Now you know why I think of FPX as a “no-brainer” way to play the hot IPO market. The fund keeps you from experiencing the gut-wrenching roller coaster rides that often define the first few months of a new stock’s life. And that keeps you from getting old before your time.

And it does this while helping you grab shares in companies at prices that you might otherwise not get.

Now trading at around $47.10, we view the FPX ETF as the single-best way for most investor to cash in on the burgeoning IPO market.

It offers regimented approach to the new-issues market that is less-risky than individual IPOs, but that can still give you one heck of a return: The ETF has returned 36% over the past year – almost exactly a double the performance of the Standard & Poor‘s 500 Index during the same period.

In short, this is one of those ETFs that – years from now – you’ll be giving thanks for having bought.

And if stock offerings like Candy Crush’s King Digital turn out to be the stock-market equivalent of junk food, you won’t end up like every other person who enjoys a “sugar high” – because you’ll avoid the subsequent sugar crash.

After all, too much sugar leads to cavities … even in your portfolio.

See you folks later this week.

[Editor‘s Note: Are you a Candy Crush fan? How do you see their IPO going down? Leave your comments below. ]

Is The "Summer of Big Tech" Becoming The "Autumn of ETFs"?